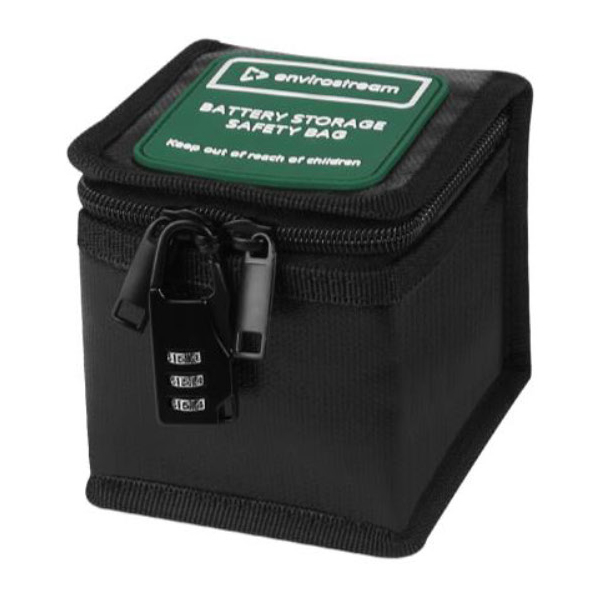 Envirostream is Australia’s national leader in battery recycling, providing sustainable solutions for the disposal of end-of-life batteries (‘EOL’) and the ‘rebirthing’ of the energy metals contained in EOL lithium ion batteries (‘LIB’s’). Envirostream’s Melbourne plant is the only commercial facility in the country capable of recycling all types of EOL batteries to produce a range of materials, including mixed metal dust (‘MMD’). Comprising the ‘active’ compounds recovered from EOL LIBs, including critical battery materials such as cobalt, nickel, lithium and manganese, MMD can provide a sustainable feed source for the manufacture of new batteries.

Envirostream’s LIB material recovery rate of +90% is very high compared with overseas competitors that incinerate the batteries at the commencement of the recycling process. The incineration process reduces mass yield and creates a risk of toxic atmospheric emissions. In contrast Envirostream’s low-temperature processing, unlike its competitors, recovers volatile components, including plastics, resulting in much higher mass yields and lower carbon emissions.

Victoria banned the disposal of batteries to landfill in July 2019. Many of those batteries contain toxic materials capable of polluting soil, groundwater and waterways. Envirostream, being the only mixed battery recycler in Australia, is focused on diverting the maximum amount of battery material from landfill and improving sustainability of the battery industry by creating the circular economy.

On 11 September 2020, the Company applied for an EPA Victoria works approval for one of its Melbourne premises to operate above 500 tonnes per annum (tpa) of specified e-waste due to its expected growth in both battery collection and recycling volumes. Envirostream has never operated above 500tpa of specified e-waste at any of its Victorian sites and was previously not required to hold an EPA license to operate. Envirostream notes there has been industry wide confusion around battery classifications as specified e-waste and that battery recycling is a new industry where best practice is still evolving. Envirostream has had regular discussions with regulators about its licensing requirements. Following discussion with EPA Victoria in mid 2020, the Company commenced preparing an application for an EPA license to operate a scheduled premise. The EPA has not issued Envirostream with any breach notices following its visits to the Company’s premises. The Company is currently working very closely with the EPA to demonstrate industry best practice at Australia’s first battery recycling facility. Envirostream continues to work through the EPA’s process with the view to its application for a license to operate a scheduled premise. The Company continues to operate at below the 500tpa of specified e-waste processing rate and has taken steps to significantly minimize the stock levels at each of its premises to mitigate risk.

In early September 2020, the ACCC authorised the Battery Stewardship Council (‘BSC’) to establish and operate a national stewardship scheme for managing EOL batteries. The intent is to commoditise EOL batteries: placing a levy on new batteries at the point of sale to supplement the cost of subsequent collection and recycling. Implementation of the stewardship scheme should significantly increase the volume of EOL batteries Envirostream recycles as well as significantly increasing its margins on its collection and recycling operations.

Envirostream is committed to establishing a LIB and mixed battery recycling industry in Australia which is critical to removing this hazardous and toxic waste from landfill, and returning the recovered components to the circular economy. Envirostream believes it has the safest and most environmentally sustainable solutions to the battery collection and recycling in Australia and is also a global leader on closing the loop on battery materials.

Envirostream is pleased to report that during the 2020 calendar year it has not had a single LTI since Lithium Australia acquired its controlling interest in November 2019. Envirostream has now gone 14 months since its last LTI.

Envirostream’s safety culture is a high priority for the Company and it continuously reviews its safety procedures and systems with a view to keeping all its stakeholders safe and improve on its safety record.

Envirostream has been developing industry wide improvements to ensure safety improvements in collection, storage and processing of batteries and to further reduce associated fire risk. During the time Envirostream has been collecting and recycling batteries, it has become apparent that one of the highest fire risks is the incorrect packaging of EOL mixed or lithium ion batteries at collection locations. Whilst Envirostream cannot control the battery packaging from externally managed collections, a number of mitigating strategies have been implemented by the Company at its facilities to reduce the likelihood of a fire, including:

It is important to note that there are no other EOL mixed battery shredding and processing facilities in Australia and with lithium ion batteries becoming part of everyday activities, there is a growing need for the industry to continue to evolve to manage this constantly increasing hazardous e-waste stream and fire risk.

Envirostream will continue to improve its own collection network and will continue to work on improving and leading the industry in this area through its affiliation with its existing suppliers and the Australian Battery Recycling Initiative.

Envirostream has begun identifying additional storage, sorting and recycling sites to expand its operations nationally as EOL battery volumes are expected to grow significantly. The Company has also begun a process to partner in additional recycling facilities in other priority jurisdictions around the world.

Envirostream continues to work very closely with the regulatory bodies to ensure its management systems, safety and environmental procedures are better than industry accepted standards and to minimize the risks to the local communities. Envirostream is focused on continuous improvement to ensure its battery recycling in Australia safe, environmentally friendly and the most sustainable practice.